Handling the “What Ifs” of Life

You are here: Home / Devotional / Handling the “What Ifs” of Life 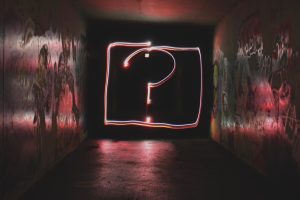 Life is full of “What if’s;” it seems more so now than ever before. We are experiencing the unknown and it leads to “What If.” The “What if’s” of life can strangle and defeat us. Uncertainty is part of life – there is no way to eliminate it, so we need to learn how to face it and deal with it. Our story today looks at a time in King Jehoshapat’s reign when uncertainty was staring him smack in the face.

In 2 Chronicles 19 we read that Jehoshaphat had turned the people back to the Lord, and he appointed judges throughout the land. All was looking good, and then uncertainty entered. At the beginning of chapter 20, three armies came to wage war against Jehoshaphat.

The immediate future doesn’t look good for Jehoshaphat. Most people in his situation would be overwhelmed, scared out of their wits, and their immediate instinct would be to run away and hide, in hopes that the problem would disappear. From 2 Chronicles 20, we see three ways we can face uncertainty and the “What Ifs” of life.

Step 1: Face Uncertainty with Focus.
This pending war Jehoshaphat faced was a situation that called for focus and for seeking God. Jehoshaphat could have simply focused on the impossible threat that loomed before him; if he did that, he was defeated before the battle ever began.

Jehoshaphat refused to focus on the circumstances he faced; rather, he focused on God to guide him through this difficult time.

Alarmed, Jehoshaphat resolved to inquire of the Lord, and he proclaimed a fast for all Judah. The people of Judah came together to seek help from the Lord; indeed, they came from every town in Judah to seek him. 2 Chronicles 20:3-4.

Focus is a matter of choice. We have the power to choose what we focus on – “Is the glass half empty or half full?” Jehoshaphat chose to focus on God instead of the circumstances he faced.

“Our God, will you not judge them? For we have no power to face this vast army that is attacking us. We do not know what to do, but our eyes are on you.” Verse 12

What an expression of utter helplessness, and utter dependence upon and hope in God. When we focus  on God, our “we do not know what to do,” leads into “but we are looking to You.”

Step 2: Face Uncertainty with Trust.
Jehoshaphat’s situation required a lot of trust in God. At the beginning of his prayer, Jehoshaphat declares why God is worthy of trust.

Lord, the God of our ancestors are you not the God who is in heaven? You rule over all the kingdoms of the nations. Power and might are in your hand, and no one can withstand you. Verse 6

Jehoshaphat had to trust God to resolve the problem, that included trusting when the solution seemed ridiculous, as Jahaziel explained in verses 15-17.  They were to march down against their enemies. They were to take up their positions and then they were to stand firm and watch as God will deliver them.

As soon as Jehoshaphat had put his trust in the Lord the battle became the Lord’s.

Early in the morning they left for the Desert of Tekoa. As they set out, Jehoshaphat stood and said, “Listen to me, Judah and people of Jerusalem! Have faith in the Lord your God and you will be upheld; have faith in his prophets and you will be successful.” Verse 20

Without trust in God, they wouldn’t have succeeded. Faith is always productive even in the most oppressive circumstances.

Step 3: Face Uncertainty with Praise.
Instead of focusing on the what ifs that are in front of us, we should fill our lives with praise: praising God for who He is and what He has done. Praise isn’t just for when things go our way, but praise is for every day, every situation, no matter what ifs are before us.

No matter what uncertainty we face, we must remember to praise God for who He is and what He has done. This doesn’t just mean we should praise God when things go our way. We need to praise Him no matter what.

After consulting the people, Jehoshaphat appointed men to sing to the Lord and to praise him for the splendor of his holiness as they went out at the head of the army, saying: “Give thanks to the Lord, for his love endures forever.” As they began to sing and praise, the Lord set ambushes against the men of Ammon and Moab and Mount Seir who were invading Judah, and they were defeated. Verses 21-22

Before the battle began, they were praising the Lord for His enduring love. Four days later, according to verse 26, they gathered together in a valley where they praised the Lord. That valley was named Berakah, which means praise.

When we are busy praising God, the situation doesn’t look as scary. If we are praising, we can’t be worrying or complaining about what lies ahead. Praise takes our minds off our problems and shortcomings and focuses them on God. When we fully trust in God, praise comes easier, than if we depended on ourselves.

No matter what uncertain event we face we can be like Jehoshaphat if focus on God instead of the circumstances that surround us, trust God even when God’s response seems ridiculous, and praise God for who He is and what He does.

No Need to Fear
Scroll to top