Easter – Fear Has Been Vanquished!

You are here: Home / Devotional / Easter – Fear Has Been Vanquished! 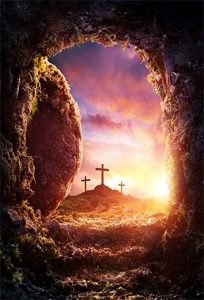 I don’t know about you, but with all that is going on in the world with the COVID-19 crisis, I have been thinking about the familiar story of Holy Week and the Easter story in a different light. This year, with all the fearful things that are happening, I looked at the Easter story with the eyes of fear. You can be assured that the disciples were afraid! They did not know how the story was going to end.

Jesus had hinted and alluded to and said to the disciples several times that He would suffer and die. Peter doesn’t want to listen to what Jesus had to say about His pending death, and the Bible says Peter took Jesus aside to rebuke Him! But when Jesus turned and looked at his disciples, he rebuked Peter. “Get behind me, Satan!” he said. “You do not have in mind the concerns of God, but merely human concerns.” (Mark 8:31-33). Peter loved Jesus and was fearful of losing Him. He did not want bad things to happen to Jesus, his friend, Master and teacher. Peter is quick to run his mouth when fear entered his heart.

When Jesus is arrested, Simon Peter drew his sword and cut off the right ear of Malchus, the high priest’s servant (John 18:10). Jesus immediately commands Peter to put his sword away! Peter is afraid as he sees Jesus being arrested and acts impetuously. I never envisioned the disciples carrying swords until I read this passage. But Peter isn’t thinking straight and acts in a way that does not seem rational. Fear can lead us to making bad decisions – need I remind you of all the stockpiling of toilet paper, hand sanitizer and water. Does anyone really need 5000 rolls of TP? In fear and panic, people began buying and hoarding things that they really don’t need. Fear leads to panic and impulse.

Then everyone deserted him and fled (Mark 14:50). All of Jesus’ disciples, His friends, left Him and fled because they were afraid. Later, Peter at least tries to stay near Jesus, but not close enough to get caught. He is questioned three times by three different people and Peter denies knowing Jesus. Why? He is afraid. Jesus knew Peter would do this, and when it came to pass, it broke Peter’s heart (Mark 14:27-31, 72).

Jesus is taken away, tried, beaten, and sentenced to die a horrible death on the cross. The disciples had a reason to be afraid. They were afraid that they would be caught and face the same horrible punishment. Do you blame them? I don’t. In the face of this current fearful crisis, I have just wanted to keep me, my husband and kids, safely locked up inside our house and never step foot out.

After His death, Joseph of Arimathea and Nicodemus, both secret disciples of Jesus because of fear (John 19:38-40), ask for Jesus’ body, prepare His body and bury Him. As the stone is rolled over the opening, the finality of death can be felt. Never again would they see or talk with Jesus.

Thankfully the tomb is not the end of the story! What we celebrate this coming Sunday – Easter Sunday – is that Christ did not stay dead in the tomb. When the women went out on that early Sunday morning, their intentions was to finish the burial process, which Joseph and Nicodemus had to do quickly on Friday before the beginning of the Jewish Sabbath. The woman were going to the tomb, grieving the loss of the One they loved. They expected to find His dead body. They were going to do one final act for Him. I am sure they were fearful. They had just seen Him beaten and crucified. Would they face the same fate? Would more of their friends die this way as well? What were they going to do now, now that Jesus was gone?

The tomb was not closed, but open. The body of Jesus was not there. They were fearful that someone had taken the body of Jesus (John 20:2). They told Peter and John, who ran to see for themselves. Gone is Peter’s fear. John stops at the empty tomb, but Peter goes straight into the tomb to see for himself (John 20:6-7). Peter and John go back home, but Jesus then appears to Mary and tells her that He is alive! Gone is the fear that Mary Magdalene had. She went to the disciples with the news: “I have seen the Lord!” And she told them that he had said these things to her (John 20:18). Later, Jesus appears to the disciples to alleviate their fears – He is not dead! He is alive!

Since the children have flesh and blood, he too shared in their humanity so that by his death he might break the power of him who holds the power of death – that is, the devil – and free those who all their lives were held in slavery by the fear of death. Hebrews 2:14-15

The sting of death is sin, and the power of sin is the law. But thanks be to God! He gives us the victory through our Lord Jesus Christ. 1 Corinthians 15:56-57

As you celebrate Holy Week and Easter this week, yes, the celebration will be different, but the news is the same: Jesus died on the cross for our sins. He was buried, but He did not stay dead. Do not be afraid, for I know that you are looking for Jesus, who was crucified. He is not here; he has risen, just as he said (Matthew 28:5b-6a).

Jochebed: A Courageous and Astute Mother
Scroll to top