Blog - Latest News
You are here: Home / March 2022 Bible Study: Eve, the Privilege of Being the First Woman 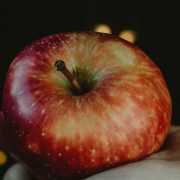 INTRODUCTION
There is much confusion in the world today in regards of the role of women in marriage. Though the Bible is not a manual that answers every human question, it contains the answer to questions such as: Why did God create Adam and Eve? What is the main purpose of the woman? We will see in the story of Eve that women are a beautiful creation with a huge capacity to influence those around them. Women have a responsibility to use that influence for good and not for evil.

A. EVE, CREATED IN THE IMAGE OF GOD
We read in Genesis 1: 27, “So God created mankind in his own image, in the image of God he created them; male and female He created them.” Eve, like Adam, was created perfect and in the image and likeness of God, i.e., not only did they have body and soul, but also a spirit. The spirit is the part of us that can know God and have fellowship with Him. Adam and Eve were intelligent beings, capable of thinking and reasoning; having emotions, able to feel and love, and able to make their own decisions.

Eve understood that she had been created to glorify God, to love Him and to have communion with her husband, multiply and fill the Earth. The two understood they needed to fill the earth and subdue it, having authority over it. (Genesis 1: 28)

B. THE FUNCTION OF THE FIRST WOMAN: SUITABLE HELP
Chapter 1 of Genesis tells us about the creation while chapter 2 enters more in detail about the formation of men and women. Once the Lord formed Adam from the dust of the Earth, then he said: “It is not good for the man to be alone. I will make a helper suitable for him” (Genesis 2: 18). So God made Adam fall into a deep sleep and created a woman from one of his ribs. Eve was created to be of help to Adam, a colleague and a friend.

God didn’t create woman out of the man’s head, so that she does not dominate; He didn’t create her from man’s feet so he wouldn’t step on her, but of a rib, so that she would be his companion. While she was created after the man, it is not to say that it was “a solution of last minute”. She was part of the original plan. Woman is not complete without the man, or the man without the woman. They are equal in value, but with different functions. Within the operation of the marriage, the man is intended to be head of the household and thus ensure the family order. God is a God of order. In the Trinity, the Son is not inferior to the Father; however, He is obedient to his Father’s authority.

C. FOUR PRINCIPLES FOR A HAPPY MARRIAGE
Hundreds of books have been written about the “secret” for marital happiness. In Genesis 2 we have four principles: “That is why a man leaves his father and mother and is united to his wife, and they become one flesh. Adam and his wife were both naked, and they felt no shame.” Genesis 2: 24, 25

In these two verses we find four dynamic principles ensuring the happiness of man and woman. Many family conflicts are rooted in that we’ve broken one or more of these biblical principles. Although God gave them to us thousands of years ago, they are still current and hold much truth and power in the 21th century.

It is significant that the words of verse 24, coming out of the mouth of Adam, “That is why a man leaves his father and mother and is united to his wife, and they become one flesh,” are repeated three times in the New Testament. Twice said by Jesus (Matthew 19: 5; Mark 10: 7-8) and once by the Apostle Paul (Ephesians 5: 31). These words were declared once before the fall of man into sin and three times after he sinned. Here we have the marriage plan for man, the way God intended it to be, in its perfect state and also among a world of sin.

D. THE FIRST ACT OF DISOBEDIENCE
In Genesis 3 begins a radical change because Satan is present in the form of a snake, the most cunning of all animals. First he appears to Eve, with the intention of making her doubt God’s goodness: “Did God really say: You must not eat from any tree in the garden?” (Genesis 3:1).

Eve clearly replied: “but God did say, ‘You must not eat fruit from the tree that is in the middle of the garden, and you must not touch it, or you will die.”

Eve then saw the fruit: that the tree was good for food, it was pleasant to the eyes, that it was desirable to make one wise, and she ate it. Eve chose to believe Satan; she was deceived. Being crafty, Satan did not use this same plan with Adam; he didn’t speak directly to Adam, but had Eve make Adam disobey God. When Eve offered the fruit, Adam had made a decision. He knew very well what God had said, however; he took the fruit.

This story clearly demonstrates one of the special qualities of the woman, a quality that can be used for good or evil: the power of influencing. There is no explanation adequate to the influential nature of women, but it is a reality that the tempter directed himself to Eve instead of her husband.

E. THE IMMEDIATE CONSEQUENCES OF SIN

F. THE FIRST PROMISE OF RESTORATION
God did not allow the first couple to leave the garden that day without first receiving a word of hope. He always has a word of hope… for them and for us. He always offers a way out of our impossible situation.

He not only made them with his own hands, skins to cover their nakedness, but He spoke to them clearly about One who would bring them permanent relief from their sad condition. He spoke of a person who was going to be born of a woman, and that one day would crush the head of that snake which Eve had that fatal conversation with. (Genesis 3: 15)

Satan is personified as a snake. This prophecy stated that one day Satan would encounter one of the descendants son of Eve (speaking of Jesus), but this Son will hurt Satan and defeat him. On the cross, Satan thought he would crush Jesus; but when Jesus rose from the dead, he crushed the head of the devil. The door to the presence of God is no longer closed!

SUMMARY
What lesson can we learn from Eve?

Did you know that you were created to govern and rule in this life and not to be dominated, nor be a victim of circumstances?

It means to know God and have full communion with Him. He wants to take your wretched life and make you a new creation. (2 Corinthians 5: 17) What happened with Eve affects us all. Through her and Adam, sin entered the world. But the good news is:

“For the wages of sin is death, but the gift of God is eternal life in Christ Jesus our Lord.” Romans 6: 23

“But God demonstrates his own love for us in this: while we were still sinners, Christ died for us.” Romans 5: 8

Now the only sin which separates us from God is not accepting Jesus Christ as our only Lord and Savior. To take advantage of this salvation, we must repent and confess Him with our mouth. “That if you confess with your mouth, “Jesus is Lord”, and believe in your heart God raised Him, from the dead, you will be saved. For it is with your heart that “With the heart, belief for Justice, but with the mouth is confessed for salvation.” (Romans 10: 9, 10) If you’ve never taken this important step, you can do it right now. Pray aloud and with all your heart.

“FATHER I CONFESS THAT JESUS CHRIST IS LORD.” I ACCEPT HIM AS THE SOLE LORD OF MY LIFE RIGHT NOW. I BELIEVE IN MY HEART THAT YOU RAISED JESUS FROM THE DEAD. I REPENT AND RENOUNCE MY PAST LIFE. I THANK YOU FOR FORGIVING ALL MY SINS. I MAKE JESUS THE LORD OF MY LIFE”.

After you do so, Accept the forgiveness of God, do not continue living with guilt. Many women live with a sense of guilt and need to be set free from it. Have you accepted God’s forgiveness? Have you forgiven yourself?

She Leads… With a Listening Heart