You are here: Home / Parenting / Eight Ways to Love Your Unrepentent Child 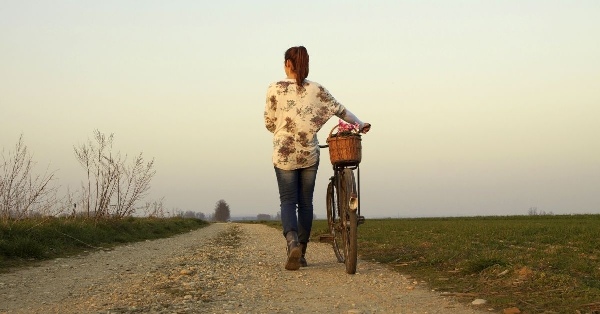 When I was 16, my parents formally adopted two-year-old boy-girl twins, who had been foster children in our home since they were five months old. Jenny and James* grew up much like I did, in a loving, Christian home with a mother and father who prayed and taught biblical truth to their children.

But, as all too often happens in both Christian and non-Christian homes, James took the path that led to destruction instead of the path that leads to life. He hung out with boys who were more drawn to illicit activities, such as smoking, drinking and joy riding. Despite warnings and consequences and pWhen I was 16, my parents formally adopted two-year-old boy-girl twins, who had been foster children in our home since they were five months old. Jenny and James* grew up much like I did, in a loving, Christian home with a mother and father who prayed and taught biblical truth to their children.

But, as all too often happens in both Christian and non-Christian homes, James took the path that led to destruction instead of the path that leads to life. He hung out with boys who were more drawn to illicit activities, such as smoking, drinking and joy riding. Despite warnings and consequences and prayer and intervention, not long after James turned 18, he landed in jail for a minor offense. A year or so later, he was back in jail again. Back on the street, he soon was arrested once more and this time ended up convicted of a felony and sentenced to 17 years behind bars.

Naturally, his conviction and incarceration devastated my parents, leaving behind questions that can torment any mother or father, but especially those of us who are believers: Did I do all I could have? Why, since I raised him to know the Lord, did he stray so far from God?

For any Christian parent who has a child with an unrepentant heart, those are the questions that keep us awake at night, the questions that tear at our heart, the questions we sometimes dare not utter to other believers. “We need to acknowledge the heartache of parents with a child who has strayed from the faith,” said Jessica Thompson, who wrote Give Them Grace with her mother, Elyse Fitzpatrick. “We need to remember that if anyone knows the heartache of someone turning away, it is Christ. We also need to not judge them and to recall that for all of our parenting mistakes and failures and sins against our children, we’ve been forgiven.”

What can we do as parents when we have a child whose heart is hard or against the things of God? Here are eight things to think about as we relate to those kids.

1. Resist a “magic” formula. Remember, that there is no “right” way to raise kids. “We sometimes think that if we just do it right, our children will turn out okay,” said Thompson. “But the reality is that none of us do it right. Jesus doesn’t operate under a covenant of works; it’s a covenant of grace now. So that means God’s not looking down on them disappointed in what they’ve done in raising their kids.”

2. Pray, pray, pray. We should pray for our children and with our children, both individually and as a family. We should guide our kids in developing their own prayer life, encouraging them to share their thoughts, secrets, fears and distresses, as well as their joys and loves, with their gracious heavenly Father.

3. Hold off on labels. We should be very careful when applying the “unrepentant” label to our kids. “I think we as Christian parents sometimes expect perfection, although we don’t say that,” said Thompson. That could lead us to view a child as unrepentant when that child is just struggling with his faith, going through a rough patch or having a really bad season of life.

“We need to differentiate between the child who comes to us and says she doesn’t believe in God, yet is still obedient and kind versus the kid who says she wants nothing to do with us and disobeys literally everything we tell her to do,” she said. “It’s okay for children to experience doubt. Sometimes, we are too hard on our kids when their actions are more childish than a sign of a hard heart.”

4. Point the way to Christ. When our children need to repent, the best thing we can do as parents is to show them Christ. “The Bible is very clear about what brings us to repentance: God’s kindness and gentleness,” said Thompson. “For a child whose life maybe hasn’t been changed by the Gospel yet, you ask them to outwardly comply with the law, all the while saying to them that you will continue to love and pray for them because of Christ.”

5. Avoid shaming them. We need to show love to our children, not tell them we are ashamed of them or their behavior. “Saying things like ‘I’m ashamed of you,’ or ‘I can’t believe you’re doing this,’ reveals our own self-righteousness,” said Thompson. “When we’re aware of the Gospel and grace, when we’re aware of where God has taken us from, the message we need to give our kids is that nothing can separate you from God’s love if you are God’s child.” (For more on shame and children, read “Shame On You: Is It Ever Right For Children To Feel Shame?“)

6. God saves, not us. Sometimes, we as parents think it’s our job to bring our children to salvation, but that invites fear to reign in our hearts. “It’s not up to us to save our children,” said Thompson. While we are called to teach our children the ways of God, we have to rest in his work and on his promises for their salvation.

7. Show them love. When a child displays a heart hardened by sin, it can be difficult to love them-and that’s when they need love the most. “Think of little ways to bless them,” said Thompson. That doesn’t mean you don’t continue to level consequences when needed, but it does mean that you do acts of kindness for them whenever possible. “This is not to change the child-only God can renew a heart-but out of love for that child,” she said.

8. Make the way home easy. Most of the time, children of all ages find it difficult to take the first step toward righting a wrong. It’s not easy to be humble and apologetic in the best of circumstances. Throw in a fight with a parent, and that step could morph into an insurmountable mountain for a child to climb. But we should do what we can to provide a smooth road home.

Through it all, we hope our children will see the wrongness of their actions, but in the end, it’s not up to us to convict their hearts-that’s the province of God-so we tell them we love them, we levy appropriate consequences when necessary, and we make the way to repentance not steep or rocky, but paved with love and forgiveness.

*Not their real names.